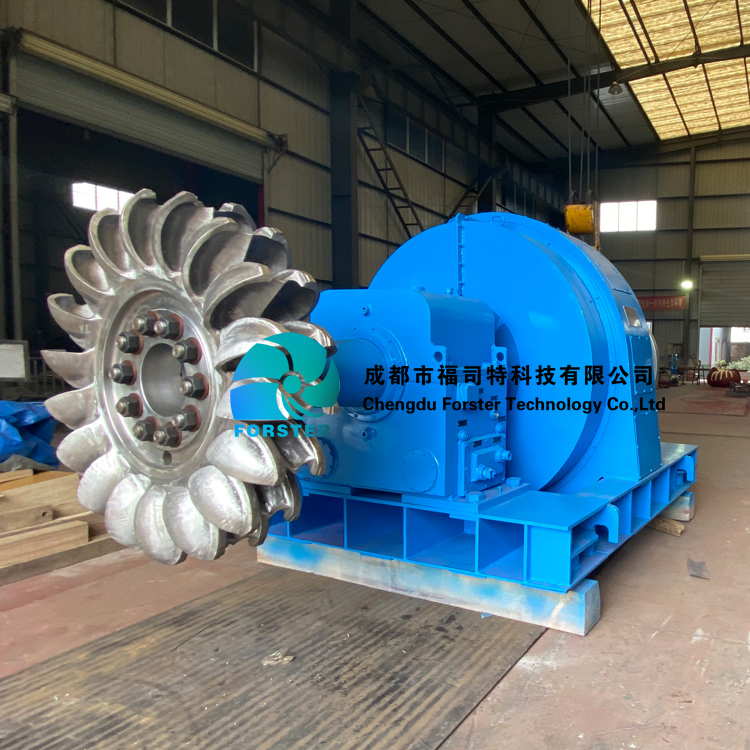 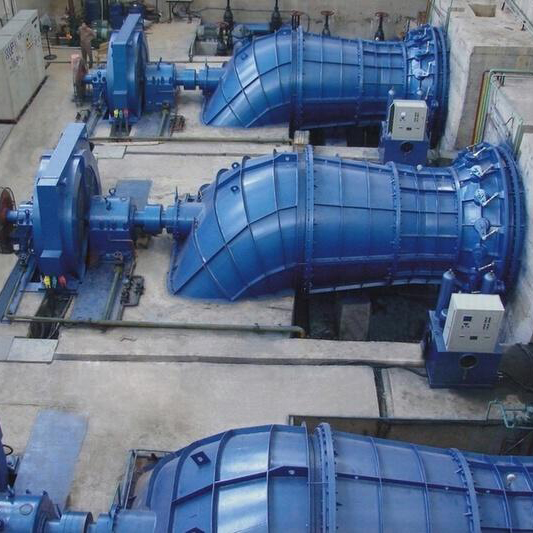 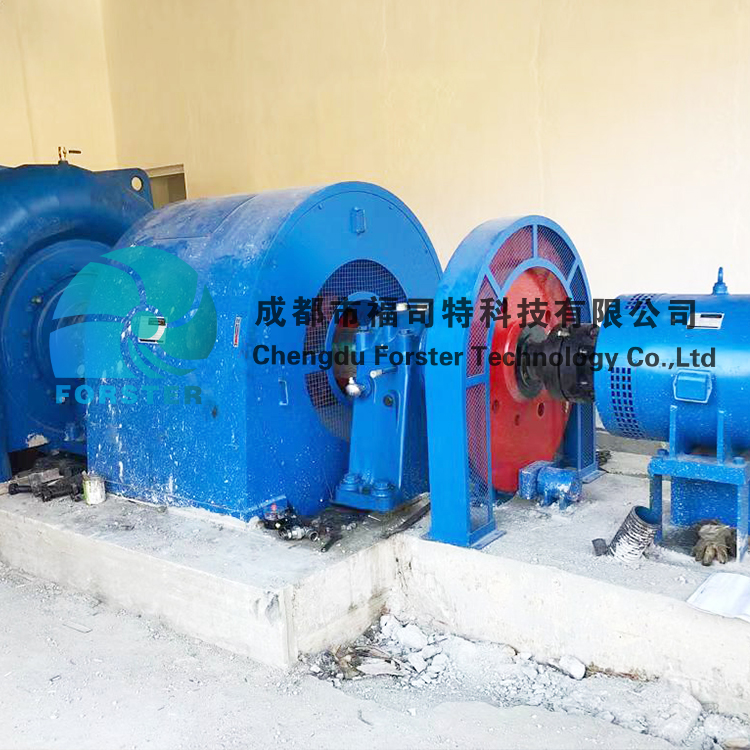 Pelton turbine (also translated: Pelton waterwheel or Bourdain turbine, English: Pelton wheel or Pelton Turbine) is a kind of impact turbine, which was developed by American inventor Lester W. Developed by Alan Pelton. Pelton turbines use water to flow and hit the waterwheel to obtain energy, which is different from the traditional upward-injection waterwheel driven by the weight of water itself. Before Pelton’s design was published, several different versions of the impingement turbine existed, but they were less efficient than Pelton’s design. After the water leaves the waterwheel, the water usually still has speed, wasting much of the kinetic energy of the waterwheel. Pelton’s paddle geometry is such that the impeller leaves the impeller at only a very low speed after running at half the speed of the water jet; therefore, Pelton’s design captures the impact energy of the water almost entirely, so that the Has a high-efficiency water turbine. 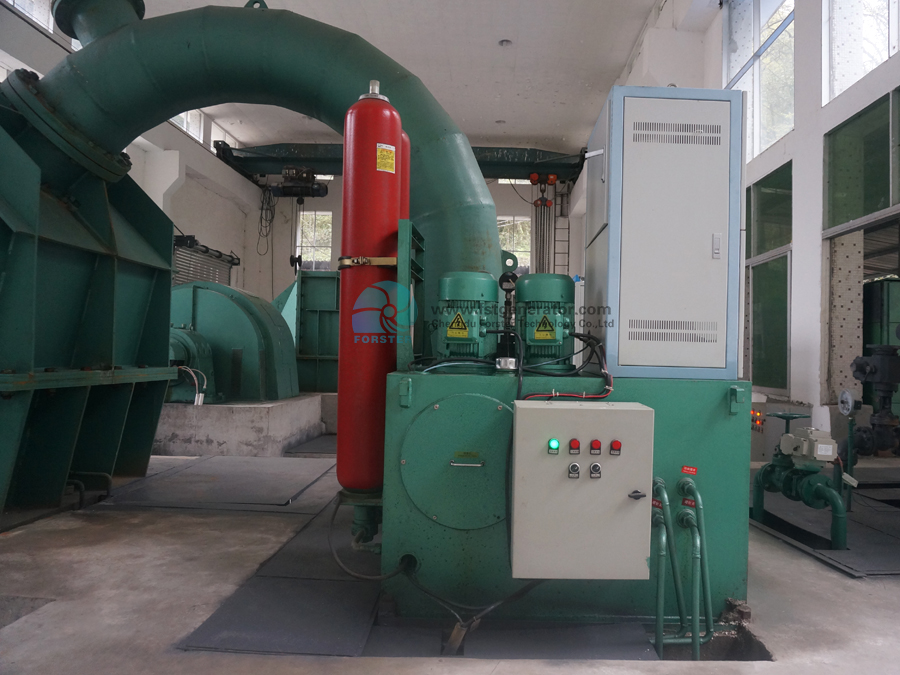 After the high-efficiency high-speed water flow enters the pipeline, the strong water column is directed to the bucket-shaped fan blades on the moving wheel through the needle valve to drive the moving wheel. This is also known as the impingement fan blades, they surround the periphery of the driving wheel, and are collectively called the driving wheel. (See photo for details, Vintage Pelton Turbine). As the water jet impinges on the fan blades, the flow direction of the water will change due to the shape of the bucket. The force of the water impact will exert a moment on the water bucket and the moving wheel system, and use this to rotate the moving wheel; the flow direction of the water itself is “irreversible”, and the water flow outlet is set outside the water bucket, and the flow rate of the water flow will drop to Very low speed. During this process, the momentum of the fluid jet will be transferred to the moving wheel and from there to the water turbine. So the “shock” can indeed do work for the turbine. In order to maximize the power and efficiency of the turbine’s work, the rotor and turbine system is designed to double the velocity of the fluid jet onto the bucket. And a very small proportion of the original kinetic energy of the fluid jet will remain in the water, which makes the bucket empty and fill at the same speed (see mass conservation), so that the high-pressure input fluid can continue to be injected without interruption. No energy needs to be wasted. Usually, two buckets will be mounted side by side on the rotor, which will allow the water flow to be split into two equal pipes for jetting (see picture). This configuration balances the side load forces on the rotor and helps to ensure smoothness, while the kinetic energy from the fluid jets is also transferred to the hydro turbine rotor.

Since water and most liquids are almost incompressible, almost all of the available energy is captured in the first stage after the fluid flows into the turbine. Pelton turbines, on the other hand, have only one moving wheel section, unlike gas turbines that operate on compressible fluids.

Practical applications Pelton turbines are one of the best types of turbines for hydroelectric power generation and are the most suitable type of turbine for the environment when the available water source has very high head heights and low flow rates. effective. Therefore, in the high head and low flow environment, the Pelton turbine is the most effective, even if it is divided into two streams, it still contains the same energy in theory. Also, the conduits used for the two injection streams must be of comparable quality, one of which requires a long thin tube and the other a short wide tube. Pelton turbines can be installed in sites of all sizes. There are already hydroelectric power plants with hydraulic vertical shaft Pelton turbines in the ton class. Its largest installation unit can be up to 200 MW. The smallest Pelton turbines, on the other hand, are only a few inches wide and can be used to extract energy from streams that flow only a few gallons per minute. Some household plumbing systems utilize Pelton-type waterwheels for water delivery. These small Pelton turbines are recommended for use at head heights of 30 feet (9.1 m) or more to generate significant power. At present, according to the water flow and design, the head height of the installation site of the Pelton turbine is preferably in the range of 49 to 5,905 feet (14.9 to 1,799.8 meters), but there is no theoretical limit at present.